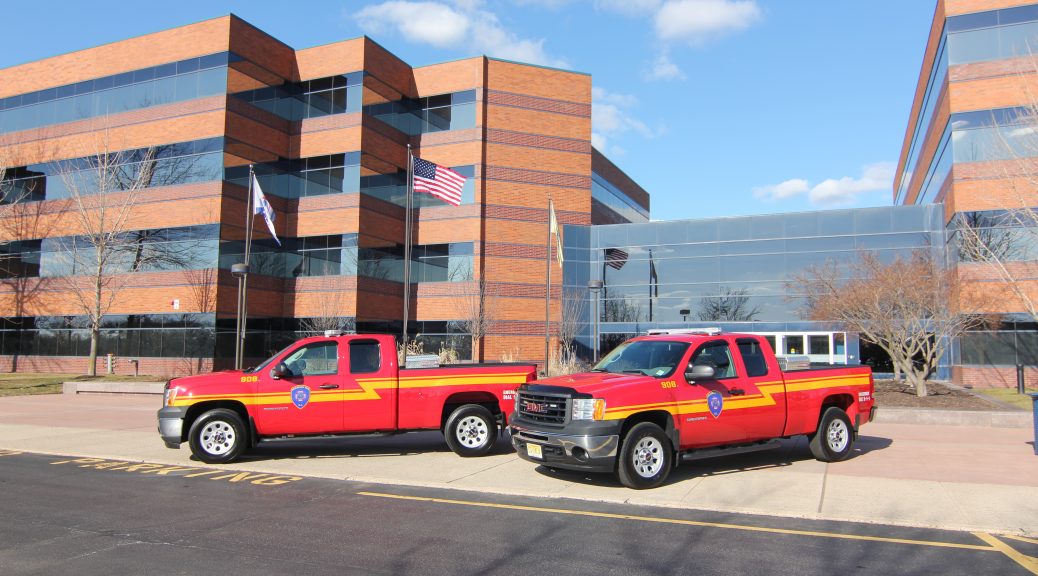 Our thoughts and prayers go out to the Wilmington Delaware Fire Department, I.A.F.F Local 1590 and the family and friends of Lieutenant Leach and Firefighter Fickes.

At approximately 1:30PM on Wednesday, April 23rd, Inspectors assisted Fire District #1 in the extinguishment of a large 100′ x 40′ brush fire in Middlebush Park on DeMott Lane.

Local 88 is proud to be a sponsor every year to a team in the Franklin Township Baseball League.  This year we were the sponsor of the Minors softball team Blue Angels.  Great job this season girls! 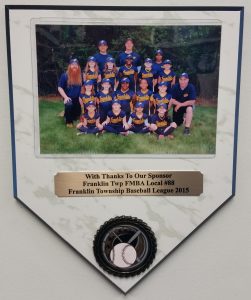 The Franklin Township Food Bank is hosting its first chili cook-off on February 20th from 5pm-8pm at the township community center.  Aspiring chefs from all over the area will be displaying their culinary “chops” in a chili throw-down.  Our own celebrity chef Chuck Maria with the sponsorship of the Franklin Township FMBA Local 88 will be participating in this epic battle.

Please join us at this fun event to raise money for the food bank, if you can take the heat..

As most of you are aware, on September 12, 2014, Corporal Bryon Dickson and Trooper Alex Douglass of the PA State Police were both ambushed outside their barracks in Blooming Grove, Pike County PA.  Cpl. Dickson was killed and Trooper Douglass is still recuperating from his injuries.  In an effort to raise funds for Tiffany Dickson(his widow) and his two sons, the PA State Police are selling various items with all profits going directly to the family.   We are taking BULK orders for these items.  Anybody interested in placing an order can contact Jeanne Campbell at jmc9636@yahoo.com or 732-539-1634 .  Please download

the attached order form to assist in the process.  Thank you.

On Tuesday, July 15, 2014 Fire Inspectors Charles Maria and Erik Mickelsen assisted the Franklin Township Police Department during their Junior Police Academy.  Chuck and Erik conducted a basic fire investigation and fire department operations classroom training module for the recruits.  The young recruits were shown the basics of fire chemistry and how the science of fire investigation is utilized to determine the origin and cause of a fire.  The recruits were also shown the capabilities of the Fire Prevention Investigation vehicle and a fire engine.  The class also got to operate a fire hose line to better understand the mechanics of fire streams.

On Monday, June 16, 2014, at approximately 12PM, Fire District #1 was dispatched to an overturned tractor trailer near 100 Randolph Road.  FM8 units assisted companies on scene with containing a minor hazardous material leak and remained on scene until the vehicle was righted.

On Wednesday, March 26, 2014, the Boston Fire Department battled a 9-alarm fire in a brownstone located at 298 Beacon Street.  While operating in the basement, Lieutenant Edward J. Walsh and Firefighter Michael R. Kennedy from Engine Company 33/Ladder 15 died from injuries sustained when they became trapped by fire conditions.  Lt. Walsh, 43, leaves behind a wife and three children and FF Kennedy, 33, was a Marine Corps combat veteran.  Thirteen firefighters also sustained injuries while fighting the fire.

The members of Local 88 express their deepest sympathies to the family and friends of Lt. Walsh and FF Kennedy and to the Boston Fire Department.  We also wish a speedy recovery to the injured firefighters.

Firefighters agreement with the public has always been that we willingly get sick and place ourselves in harms way for the general public. In return, the general public helps us get well in the form of Health Benefits. This unwritten agreement has long been understood by first responders and taxpayer alike and worked magnificently for the greater good of our communities. The New Jersey State FMBA has created a website, wwww.firefighterfactsnj.org, to help the public understand the risks firefighters face will doing their job. Please take the time to visit this website and learn more about those health risks.